Let’s do a little poem for the holidays… 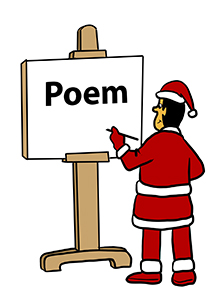 “But what can we do?”
The executive VP did vent
Our profits were strong
And into the bank they went

We were told to curb expenses
So the old equipment we did use
Yes, it needed some duct tape
(that’s how Jim got that bruise)

And that’s how I got my start. Ok, maybe the “bathed in light” part is a bit much. But it was a good poem, right? Have a great holiday, everyone. And remember, get those Section 179 equipment purchases in (and operational) by the deadline, which is midnight, 12/31.