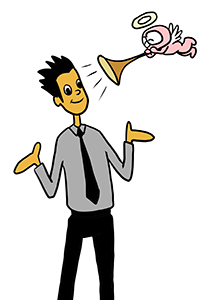 For most of the year, Section 179 sat at a maximum deduction of $25,000. I posted about it several times, and even called my congressional representatives to get it raised, but sadly, either they were working too hard on other things (doubtful) or funding a project to study snails (more likely). But then in mid-December, Congress finally took action and passed the Tax Extenders Bill, raising Section 179 to $500,000. But they really waited until the last minute, doing such with two weeks left in the year. Yes, it was retroactive to Jan 1, 2014, but still, I’m betting that many businesses missed out because it came in so late. It’s hard to think about buying new equipment when you’re in the middle of the office holiday party.

What Congress (and the general public too) need to understand is that Section 179 is not just another business tax write-off. This isn’t a Wall-Street style bailout. This is a tax deduction so Mom and Pop America can invest in themselves. Even with a high deduction of $500,000, it phases out once $2,000,000 in equipment purchases is reached. Huge corporations probably spend two million a month on equipment, so this deduction isn’t for them. It’s for that business down the street buying a new sign. Or a delivery truck. Or a small manufacturer buying new machines. And so on. Section 179 benefits everyone – it benefits the business looking to invest in themselves, it benefits the manufacturer who sells equipment, it benefits the employees of both, it benefits the trucking company and drivers that deliver the equipment, it benefits the equipment financing companies who provide the funds, and so on. It’s a true stimulus for the little guy.

I’ll keep you abreast of Section 179 for 2015, posting every so often about it, whether there’s news about an increase or not. And I urge you to contact your congressperson – tell them less snails, and more Section 179 in 2015!