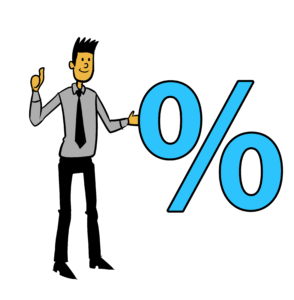 Let’s talk about rates and equipment financing for a minute, and trying to get the best deal you can for yourself.

Rates on any type of lending are affected by the Federal Reserve Rate (aka, “the Fed”). If that goes up, banks and other lenders raise their rates. When the Fed goes down, lending rates lower. The actual mechanics are a little more involved than that, but this isn’t economics class, and while the algorithms and such can be complex, the universal “Fed Down, lending rates down / Fed Up, lending rates up” holds true (this also works in reverse on investment interest, but that’s for another industry!)

Well, here in the middle of my “what month is good to finance equipment?” series, I’m going to say right now is a very good time, because there are indications that rates are going to tick upward soon. Let me explain:

During the 2008 financial crisis, the Fed rate dropped to zero, to help spur borrowing and economic activity. And it’s essentially sat there for almost a decade. But late last year, something happened… the Fed raised their rate to 0.50%. Then in March it was raised to 0.75%. Yea, I knew I saw a few extra pennies in my savings account.

The Fed has made noises that there will be another rate increase later this year. It’s not guaranteed, but most people in the know think it’s likely. So what happens is, banks and other lenders will start to creep their rates higher in anticipation.

That means right now is a great time to finance equipment (lease it too). The rates are still low, and equipment financing is the best bargain around, especially if your equipment lender utilizes fixed rates. This means you can lock in a great rate right now, and then smile knowingly when rates go up, because you’re unaffected. I mean, really, why pay extra money by waiting, especially if you need the equipment now?

Listen, you know Fletch is good at this prediction thing. And I say rates will go up again this year. So in the words of the immortal Ron Popeil (you know – the pocket fisherman and hair in a can) “operators are standing by – call now!”