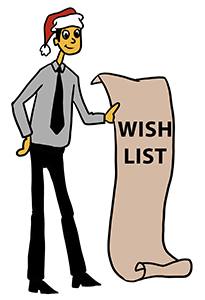 Hope you folks are enjoying the holiday season so far. It’s a great time of year.