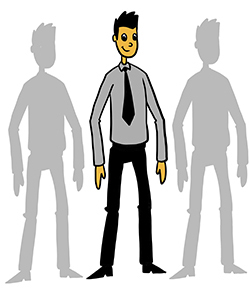 Also, if you’ve been following along, you’ll also notice they all have an increasing amount of vendor responsibility and risk. A referral program, while effective in increasing sales, is a very basic relationship, and carries little to no risk on the vendor’s part. In fact, it’s essentially a vendor putting our link on their website and saying “get your financing here”, where today’s topic – captive programs – involves the vendor acting as a quasi-finance company.

You have a vendor who wants their own finance company to help sell their product.

WHY would they want this? Because they generally want to control the yay/nay aspect of the transactions. They might want to do this because their product / industry is volatile, or perhaps they want to take more risks to get more of their product in the market.

A good example of this is GM and GMAC (when GMAC existed). GMAC was created to provide financing to GM automobile customers, and, especially early on, provided less-stringent lending criteria than a traditional bank. GMAC helped GM become, at the time, one of the largest companies in the world.

That’s just a very clear example of what a captive program can look like. But it’s likely GM funded GMAC themselves – usually, captive programs don’t quite work like that, and manufacturers come to a company like mine for help. Here’s how that works (again, in general).

A manufacturer decides they want a captive program. They create a subsidiary to act as the finance company. They also put in an influx of cash, as it’s expected defaults will be higher than normal. This cash is a reserve. Then, a company like mine funds the loans (loans we might not make otherwise), with the reserve protecting us against loss.

In a nutshell, that’s it. Here are a few other points about captive programs:

Ok, there’s our four vender-lender equipment financing relationships. These were fun to write, as they allowed me to answer some common questions. But now, let’s get back to Section 179, because the end of the year is creeping up on us.