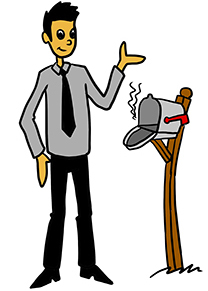 I got the following e-mail the other day:

I’ve been reading you for three years now, and I notice you go on and on about Section 179. You’re saying get it now, because it might go away. You cheer when it gets renewed, and you moan when it goes down, again and again. Rinse/repeat.

So my question is this: Why doesn’t the government just make a number for Section 179, and leave it alone? Why the constant game and tweaking and “will they or won’t they”?

Thanks for the note, and thanks for reading the blog.

You know, that’s not a bad question on the surface, but I think if you look at just why Section 179 is even here, the answer presents itself.

See, Section 179 is meant to be a stimulus for the economy. A gift to businesses, if you will. But it’s a gift to get them to spend (after all, it’s meant to spur spending on business equipment.) And a lot of people benefit from it – businesses who buy equipment, businesses who make equipment, and equipment financing / equipment leasing companies who lend the money for it. And accountants love it too.

But if Section 179 were just left at a static number year after year, there would be no rush to use it. There’d be no “we’d better buy equipment THIS year, because we want the big Section 179 deduction”. It just wouldn’t be special. So that’s why (I think) they keep playing the game, as you call it – it’s to keep businesses guessing, and hopefully, spur spending just when the country needs it.

So by keeping Section 179 as a year to year thing, and by keeping businesses somewhat in the dark as to future plans, it does exactly what the government wants it to do – increase business spending now.

Does that make sense?