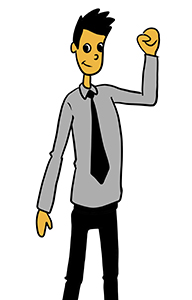 It’s Tax Day!! One of my favorite days of the year (ok, that officially makes me a little odd, but readers of this blog already expect that – I just get giddy about financing, taxes, and all things Section 179.)

So, being that it’s Tax Day, let’s expand on that last point and discuss Section 179.

Tax Day is the perfect day to discuss this, because Section 179 can really make your 2011 better. Truthfully, if your 2010 tax liability was larger than you wanted it to be this past year, then you really, REALLY need to take a hard look at Section 179 this year. The numbers are so good that you would be almost foolish not to take advantage of it – the Government has really stepped it up and made 2011 a big, big year for Section 179.

Pretty sweet, isn’t it? That’s why I’m telling you to start planning. And if you finance the equipment, the first year’s payments are almost certain to be less than the tax savings. This means equipment financing and Section 179 equals PROFIT (my regular readers know I tout this often, but it’s worth touting – THIS is “our” bailout, folks. Take advantage.)

Look at the chart on the above to see the savings if you buy $650,000 worth of equipment (equipment you likely need). Almost a quarter-mil… nice.  Your equipment financing charges will likely be less than that.

Happy Tax Day, everyone – may the Tax Fairy bring you lots of deductions.