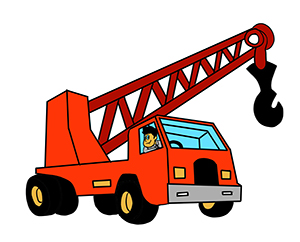 I just had a giant tree cut down at my house. An 80’ tall White Oak – it was growing right next to the house. I figured it to be at least 100 years old (probably more). I’m not one to just get rid of something so majestic, but it always made me a bit nervous being so close to the house. Plus, Mrs. Fletch said it had to go.

See, Mrs. Fletch wanted a pool. I mean, really wanted one. We don’t have a huge yard, so if there was going to be a pool, the accompanying deck would have to go partly where this tree was. So in the interest of staying married, I called the pool guy and the deck guy. And they both said “get the tree guy here first” (I’m wondering if all these “guys” are in cahoots…)

So I call the tree guy. And since this is a massive, somewhat tedious job (since there’s no room to work, they can’t just go “timmmmmber”), they roll up with the following:

And then they went at it. 6 guys wielding some of the biggest, meanest equipment I have ever seen. I mean, I typically wield a keyboard and a pen – I’m not even at risk to get a splinter. These guys had… well, let’s just say my “inner-child who loved to play with Tonka trucks” was pleased watching them work.

So anyway, I’m talking to the owner as his guys are working – it turns out, he financed all of this equipment through an equipment financing company. He was telling me that at first, he went to the local bank, but they turned him down. They were ok with the boom truck, but the chipper was a sticking point. The bank manager even said “I’ve never heard of such a large chipper”. I’m still not sure why the bank manager needs to be familiar with everything the bank finances, but the bottom line is, my tree guy wasn’t getting his chipper (which I saw eat 1’ thick logs without an issue) without someone else stepping up. Which an equipment financing company did (obviously, I gave him my card so he calls my company next time. But even if he uses the other guys again, I’m a sucker for happy endings, and I’m pleased to see any equipment financing company outdo the bank.)

This is an addendum I’ll be adding to my posts for the rest of the year. That’s because it’s getting later in the year, and Section 179 for 2010 ends soon. If you want that new piece of equipment (like perhaps a wood chipper), NOW is the time.