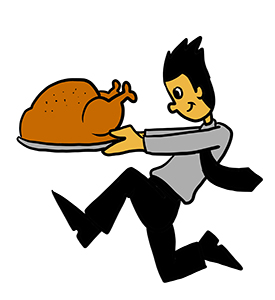 Thanksgiving is around the corner, so I thought I’d take a moment and give some Fletch-themed thanks:

This is an addendum I’ll be adding to my posts for the rest of the year. That’s because it’s getting later in the year, and Section 179 for 2010 ends soon. If you want that new piece of equipment, and also want to take advantage of the new, higher limits, NOW is the time.