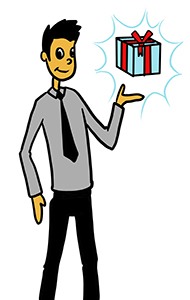 Here we are, at the end of 2012. The holidays are upon us, and the parties are in full swing. And since you are reading this, it’s clear the world didn’t end on 12/21/2012. The Mayans probably just ran out of paper (or stone tablets or whatever they used.)

It was a rather ho-hum year, dominated by an election that seemed to consume the entire thing. Really, with the ever-increasing influence of the media into every minute of our daily lives, the election news was never-ending. You couldn’t even go on Facebook without major arguments of right vs. left, liberal vs. conservative, tastes great vs. less filling and the like (boy, I’m dating myself with that last reference, aren’t I?)

And in the end, after all the smoke cleared, we decided to stay the course we’re on. Whether any of us thinks that’s good or bad is irrelevant (I’m not one who enjoys political arguing) – we simply have to work with what we have and hopefully improve our economy.

(By the way – speaking of President, I am planning a “If Fletch were President” series next year – watch for it.)

So, besides politics, what else happened this year? Well, a big hurricane hit the northeast and flooded/destroyed a lot of property. And while everyone’s heart goes out to the victims, to look at a bright side (if there is any), new things will have to be bought and built. That can’t hurt in terms of economic activity. And I personally know a few contractors who are going to be very busy for a long time in NJ and Long Island. One thing I love about the US is the fact that we are very resilient, and continually take lemons and make lemonade.

Our economy stayed steady – no major blips (or bumps). The equipment financing / equipment leasing business was steady as well – no complaints from me, but no major year-end party either.

We had the Giants win in both baseball and football (and if you go back to my predictions in January, you’ll see I not only predicted a Giant victory, but also another Eli Manning miracle pass play!) And King James won in Basketball. Yay for him. Hockey… well, Hockey is on the shelf right now, so who cares?

All in all, it was an interesting, if somewhat non-descript, year. The election dominated everything so heavily that it was hard to notice anything else. I’m just glad we now have a three-year respite from a presidential election.

Oh, and Section 179 didn’t get a boost. So if you want that nice 125k deduction, you’d better do it by midnight 12/31/2012. Buy new equipment, lease equipment, finance equipment – whatever you have to do, get your equipment in place by New Year’s.

Have a great holiday, everyone. We’ll see you next year.