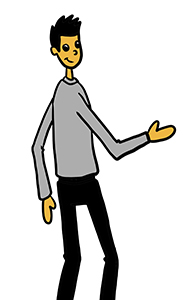 Just this week, congress passed a job-creation / tax cuts bill that’s aimed at rewarding businesses who hire new people. Called The Hiring Incentives to Restore Employment Act (or HIRE – clever, huh?), it seeks to give tax breaks (in the form of a social security tax exemption) to businesses that hire a previously unemployed (for 60 days) person.

Furthermore, the HIRE Act will provide a $1,000 tax credit (to be taken in 2011) for every new employee retained for 52 weeks. This is a good thing – maybe this will help a few out of work people get jobs.

But to me, the biggest news is tacked onto this bill was our old friend Section 179. This new HIRE Act keeps Section 179 around for at least another year. And even better, the “higher limits” that were first instituted two years ago were kept. This means businesses may elect to write-off up to $250,000 of certain capital expenditures (generally meaning equipment purchased) in 2010. So instead of depreciating a piece of purchased equipment over time, the entire purchase price can be written off in the first year. Nice.

This write-off is subject to a phase-out once these expenditures exceed $800,000. But still, this is BIG BIG news for businesses. And it’s big news for me, because when a business combines equipment financing (and equipment leasing) with Section 179, the benefits are profound. In many instances, a company could actually write off MORE than the first year’s finance payments total, making leasing equipment a profitable venture for the fiscal year. Again – nice!

Anyway, now you know – Section 179 is back. So if you were thinking about buying new equipment, 2010 is your year!