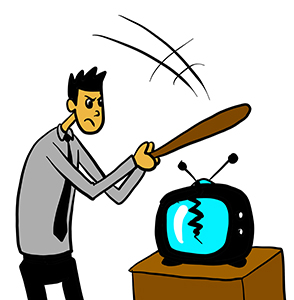 Those who know me know I’m not very political and I tend to look at politics and the like from a distance.

So I see the good and bad from both sides of the political spectrum. And as such, I almost never watch those political TV shows where two people argue for an hour over some issue, and then make nice and shake hands afterwards. But this week, while flipping through the channels, I heard the magic words Section 179, so I paused and watched the argue-fest.

Essentially, a talking head was criticizing the Economic Stimulus Act of 2008, saying how it did no good, etc. Now, thats fine in and of itself, everyone is entitled to their opinion on the matter. But then he said something that almost made my blood boil!  He said (and I’m paraphrasing here) The Corporate Welfare has got to stop! Things like Section 179, which give tax breaks to the rich.

Huh??? Is he kidding? I’m sorry, think what you want about Section 179, but it is hardly a tax break for the rich or corporate welfare.  The limits on Section 179 (250k deduction, 800k total equipment purchases) essentially assure that it remains a small and medium sized business tax deduction. Yes, I know 800k sounds like a lot of money (and it is), but it’s nothing to a large corporation in terms of equipment and expenditures and I’m sure many large corporations spend more on coffee cups and plastic forks throughout the year.

Section 179 is meant to be a small and medium business tax deduction. It’s meant to stimulate business equipment purchases (and it definitely does that.) To be frank, without Section 179, many smaller business could not afford to buy new equipment.

I work with small and medium sized businesses owners every single day, and I’m pretty sure that few (if any) of these people would classify themselves as wealthy. They work hard in building up their businesses, and Section 179 helps them get the equipment they need to expand now. So let me tell you, Mister Talking Head, go after corporate welfare and tax breaks to the rich if you must, but leave Section 179 alone.