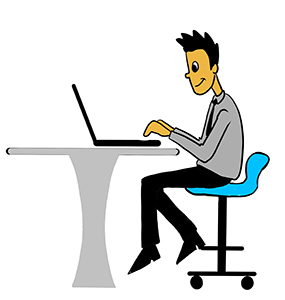 In doing our part to help the economy recover, my wife just bought a Kindle. If you don’t know what that is, it’s a digital book reader sold by Amazon.com. Basically it’s a device that lets you download and read books. Pretty neat stuff.

I’ll be the first to admit that her want for the Kindle was more selfish than “let’s help the economy out”, but I digress. The point that I want to make is this gadget is a profound statement that the world, and business, are changing. I recall a scene in “Other People’s Money”, when Danny DeVito’s  character said “I’ll bet the last buggy whip manufacturer made the best buggy whip you ever saw… how would you like to be a stockholder in that company today?” (I’m paraphrasing.) A great scene, and a fairly good sentiment as well.

So what does this have to do with equipment financing?

I realize I’ve mentioned this before in the blog (sometime last year), but it’s something I want to repeat every so often because financing software is not something most companies think about. The reason they don’t think about it is simple – banks generally won’t write a software lease. Software is generally not something you can see, feel, or smell, so many old-school lenders have trouble seeing the “equipment” there. But tell me – is the software that makes Kindle possible really any different than a printing press in terms of getting a book to a reader?  I’m telling you it’s not – thus, the more forward thinking equipment financers have embraced financing software.

Now, I’m not telling you every company needs to finance software or go the way of the buggy whip. Not true at all. But maybe, just maybe, someone reading this says “gee, I didn’t know that… you know, we were thinking of developing something that…” and the light bulb goes on. And then maybe then old Fletch does HIS part in helping the economy too.

But yes, software financing is something that’s not only possible, but could be a real boon to many companies with more ideas than liquid capital at the moment.