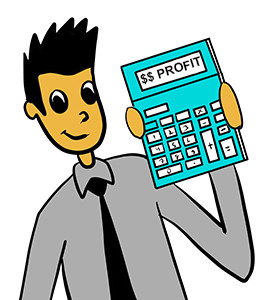 This is a topic I have previously touched on, but it’s worth repeating at least once a year, because every time I mention it to businesspeople at a party or social gathering, they are almost always amazed.

It’s fairly simple in general – if you combine equipment financing / equipment leasing with Section 179, you can actually buy a needed item for your business, and show a profit for doing such. A real profit, as in “make your accountant happy because it’s right in the financial statements”. Here’s how:

Ok, you purchase a piece of new equipment – let’s say a fancy new 3D Printer that will make molds for you. It’s $25,000. You finance or lease this over five years. With interest, you pay back a little over $5,000 a year (actually, you’ll pay less than that in 2015 since we’re a couple months into the year already.)

Do the math. You spent a little over 5k in payments this year. You saved $6250 on your taxes. Subtract whatever you paid back the equipment finance company in 2015 (say $5500 for simplicity’s sake) from $6250. In our example, that’s $750 added to your bottom line. PLUS, you got to use this awesome mold-making 3D printer all year, which made you even more profitable.

Yes, you read all of that right. The government actually paid you $750 in 2015 to finance this piece of money-making equipment.

Now do you see why Section 179 is so popular? Combined with equipment leasing, it becomes a no-brainer – you get the equipment you need today, and, in many cases, turn a profit for doing such.