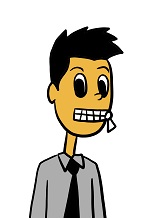 Long time readers are probably wondering when I am going to mention Section 179 again (there’s an office pool here too). Well, your wait is over. Today’s the day.

I wish I had huge news that Section 179 got a sweet increase, but I don’t. So far, nothing has happened in regards to Section 179. The limits are still $25,000, plus an adjustment for inflation.

Now, let me tell you not to worry about it. My crystal ball says Section 179 will get attention sometime this year. Last year, it got added into the “fiscal cliff” bill in late winter/early spring. Another year, Section 179’s increase came in the fall. But one thing has remained very consistent over the years – businesses love Section 179, and the government has always found a way to increase it. So I’m very confident it’ll get some government love at some point this year.

In case you are new to all of this, Section 179 is the tax code that lets businesses write off business equipment. Almost all capital equipment, many vehicles, computers, office furnishings, and lots of other stuff, can be 100% written off as a tax deduction for the current year. This makes it very attractive to buy equipment in the current year.

I have to be clear – I’m not working for the government, so I’m not 100% sure about an increase. Just 99% But, while that 1% says I could be wrong, I still say buy your equipment now. Because if you’re thinking about it, well, that means you need it. No time like now to make profits, right? And if this year is anything like the previous decade, Section 179 will get a nice little boost at some point.