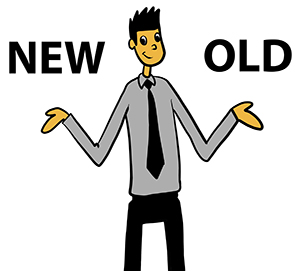 Now that tax season is starting to heat up, I figured I’d spend a moment talking about depreciation. Because it is sometimes a misunderstood topic (or, not understood at all, like when the car mechanic says you have a warped colander bolt, which is interfering with the smeelie bar & that’s what is making the whooshing noise, to which most people would nod knowingly and say yes, I thought that was it while silently wondering, my car has a colander?)

The government allows depreciation because neither of the two alternatives to it are attractive. The first alternative is to allow no deduction at all. If the government did that, businesses would not be encouraged to invest in themselves.

So depreciation is the viable alternative. It generally works like this:

Say you buy a machine that costs $100,000 and the government assumes it has a reasonable life of five years so thus, they will allow you to deduct $20,000 per year for five years.

This works for most pieces of equipment & almost anything a business uses that has to eventually be replaced can be depreciated. Office machines. Delivery fleets. Buildings. Etc.

This is a simple explanation, and like any tax issue, there are a myriad of exceptions and nuances, but the above generally covers how it works. However, there is one final part, and since the government expects the item to depreciate to zero, they will recoup some of what was claimed by taxing you a higher rate on the proceeds you made on the sale (rates differ based on the asset, and the tax code is always changing, so make sure you ask your accountant about this.)