We know there’s a recession. We know the stock market is going down. We know banks are jittery. We know cars aren’t selling. We know people are nervous.

Trust me, we know. 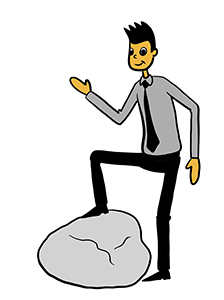 I don’t know about you, but I am really getting sick of this. I know our economy has been under assault by a wide range of financial factors, but I also know that a strong economy is partially based on emotion and attitudes. So this endless (and I do mean endless) assault of doom and gloom is starting to get annoying. It’s almost like the self-fulfilling prophecy — tell enough people that times are hard, and they will believe it even if they aren’t affected much.

I personally know people who didn’t lose a lot in the market, have more income than ever, yet are acting like the sky is falling for them. They have increased income, yet are saying “we’re not going out to eat anymore”. Which I find troubling.

Now, I’m not advocating lighting cigars with hundreds or anything, but there’s a point where caution becomes full blown paranoia. It’s silly, and I’m not going to let myself fall into that trap.

My job here is pretty safe. I’m making a little more than I did last year. Ditto for the Mrs. Like many, we lost a little in our investments, but not enough to panic over. Plus, we’re young. We’ll make it back – that much I know.

So, here are a few things we are doing:

• We ate out once a week for the past two years. We are NOT going to stop that.

• I have a guy I hire for spring and fall yard cleanup. He said lots of his customers are cutting this expense out. Not me. I’m keeping him.

• We take a vacation every year. That stays too.

• We were going to buy a new car this year. We’re still doing that.

I am NOT crawling under a rock, no matter what the news says. If you are in similar circumstances as I am, I encourage you to fight this overly-pessimistic mood. Obviously, if you have lost your job or taken a pay cut, yes, cut out the dinners out (etc.) That’s just smart.

But for everyone else, don’t “turtle” just because the TV tells you to.