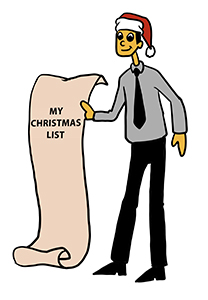 Ok, aside from telling you I’m not going to write about equipment financing or section 179, I’ll try not to mention those things again. So in that vein, here’s my Christmas wish list for this year (hopefully, my wife reads this):

See, I went a whole post without mentioning Section 179 and/or equipment financing. But since this is probably my final post of the year, I do want to break the rule and just mention one last time that you have until midnight 12/31/2009 to take advantage of Section 179. Your friendly (and globe-less) equipment financing guy will be ready to help you.

Have a great holiday, everyone.