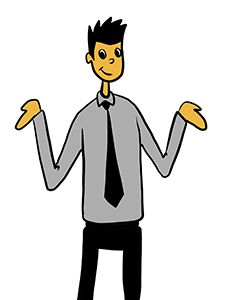 We had an historic election, we had $4 a gallon gas (thankfully only for a short time), we had a huge bailout of the financial industry, we had a credit crunch, and the sky fell, too. Ok, the last part is fake, but geez, you’d think the sky fell by watching the news.

Anyway, it’s clear that many businesses did not do as well as they hoped they would do this year. But there still may be one more magic bullet left to help the 2008 bottom line and that bullet is to take advantage of Section 179.

Of course you know what Section 179 is, right? It’s the provision of the US Tax Code that allows a business to deduct the full purchase price of (most) equipment bought and put into use this calendar year. It’s been a pretty big deal for years, as savvy businesses used this tool to lessen their tax burdens  and in many cases, substantially lower it.

This year, thanks to the Economic Stimulus Act of 2008, the limits of Section 179 were made much higher. This means you may be able to markedly lower your tax bill if you buy (and put into use) qualifying equipment before midnight, 12/31.

Heck, you may even make a profit.

That isn’t fiction, companies do this all the time. It’s a way to take advantage of the generous tax savings the government allows you  – just finance the equipment, and it’s almost a given that you’ll save more on taxes than you will lay out this year.

Have a Happy New Year!