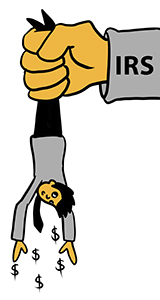 You know I can’t go more than 3 or 4 posts before I mention Section 179. And being that we’re right smack into the height of tax season, I figured now would be a great time.

So how did you do? You saved a bundle, I hope. Because last year was a GREAT year for Section 179. The limits were very generous (up to $500,000), and really allowed for businesses to clean up.

But if you missed out – do not despair. Section 179 is still here, albeit a little smaller. Ok, a lot smaller. Like $375,000 smaller. This year, the total deduction is $125,000. Yes, that’s a far cry from last year, but you know, it’s still something – we could have nothing (after all, our grandparents didn’t have Section 179. That must have really angered them as they walked to school uphill in the snow – both ways.)

I said all year last year to take advantage of Section 179. And I’m going to say it again this year, because if left unchanged, Section 179 will shrink further (in fact, it’ll go all the way down to $25,000). Now, I did say “left unchanged” – our leaders seem to like Section 179, so here’s hoping that it’ll get raised at some point. But then again, it is an election year, and Section 179 is not a hot button issue, so there’s a good chance that $125,000 we’re getting this year will be the best we’ll see for some time.

So that’s my message here for tax time – there’s still this great government program that’s just itching to give businesses who spend money on equipment a nice break. But you can’t put it off – the equipment must be purchased and put into service this calendar year.

Have a happy tax season, everyone (bet this is the first time someone wished you that!)