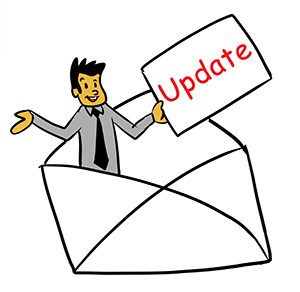 We’re coming to the end of the third quarter of 2016, which means it’s time to start taking a hard look at Section 179.

(** note: the preceding means that after a company spends $2 Million on equipment, the Section 179 deduction is reduced on a  dollar for dollar basis – this means it would be phased out once 2.5 million in equipment spending is reached – that keeps Section 179 a true small and medium business deduction.)

This is great news for small and medium businesses, because, assuming you spent under $2 Million on equipment, it means all of your qualifying equipment purchases can be deducted in full this year.

There is one catch, though – the equipment must be purchased and put into service during 2016. This means by midnight 12/31. Hence my saying “time is running out”.

I had mentioned earlier in the year that time really flies. One minute, you’re planning the company’s spring picnic, then the next, you’re ordering rock salt for the winter. Equipment purchases tend to get put off until “profits are better / the weather clears up / after we pave the parking lot / after the solar eclipse” etc etc (ok, nobody’s ever said that last one… well, maybe NASA has!)

My point being, there’s only a few months left if you want to deduct the price of your new (or new to you) equipment on your 2016 taxes. This is important, because that deduction could mean quite a bit to your bottom line.

One more thing: we’re now late in the year, so if you finance this piece of equipment, it is very likely your deduction will actually exceed the net amount of your 2016 payments – that will ADD to your bottom line for 2016. Imagine that – buying equipment can actually turn a profit this year.

Like the late Yogi Berra once said “It gets late early around here”. 2016 is coming to an end – get your Section 179 equipment purchases handled.