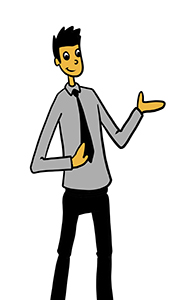 I just realized I’ve gone a few months without a Section 179 post, which is rather un-Fletch like. Because as much as I love equipment financing, I really love Section 179 – I think it’s the greatest tool for business since… well… ever, really. I mean, think about it – the government will actually give you back money because you bought something you needed anyway.

To reiterate something important, Section 179 was not just renewed for 2011 – it was enhanced.  Many of us thought it would go away, but instead (like a good horror movie villain) it came back bigger and stronger. Jason and Freddie have nothing on Section 179.

Here are a few finer points of what Section 179 can mean for you this year: So how huge of a deal can this be? Look at the graphic on the right and see how a purchase of 650k of equipment really only costs $422,500.

Not bad, huh? Now here’s another neat thing: if you FINANCE the equipment (or lease it), this can actually be profitable this year. Because the $227,500 you save on your taxes is probably more than your finance payments for the year. That means it’s profitable to combine Section 179 and an Equipment Lease.

But like I said a few posts ago, time is running out. It’s late summer – we’re getting into “year end” pretty quickly. So if you haven’t yet, now is the time to start thinking about Section 179 (and some equipment financing as well.)