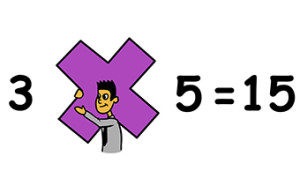 I post about Section 179 often, and it’s no secret I am a fan. And my last post about it was a faux political debate I imagined myself in. But it got me to thinking a little – if a politician really took the time to explain Section 179 and why it’s so important, they could have a real winner on their hands.

Here’s a pretty clear way to discuss it.

And they do. They place orders with Company B and C, as well as used equipment dealer D.

There are tons of other companies like Company A, but since there are only 26 letters in the alphabet (and you’ll lose interest by the time I get to G), we’ll keep it small.

So Company A buys equipment. Companies B, C, and D see the orders start to roll in, and realize “hey, we need more people to handle all of these orders. Let’s get hiring”. And they do. Plus, they need materials, which trickles down to their suppliers (who see orders rise, and maybe have to hire a few more people as well).

A few months go by and those same companies are seeing good profits, and realize “now is a good time to upgrade our machinery. We have good profit, and Section 179 makes it desirable as well” – so now THEY go and buy new equipment. And now THEIR suppliers see orders roll in.

Let’s go back to Company A – what about them? Well, they make a cool gadget that people with disposable income want. Like those people who were hired at B, C, and D (see, I told you this was clear and easy!)  Orders start to roll in, and now THEY need more people too. And maybe a second location that needs more equipment.

Ok, I’ll stop going in circles here, but that’s the point.  Section 179 can have a huge trickle-down effect that would make Ronald Reagan proud. I wish politicians would realize this and campaign to not only raise the tax deduction early in the year (so companies have plenty of notice and time to take advantage of it), but also really publicize it.

They can call on me for help anytime.