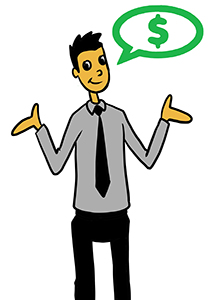 At the risk of bugging you about it, we have to discuss Section 179 again, because I think it’s really important.

Not that you haven’t noticed, but the cold weather is long gone, and we’re on the brink of summer. In short, the year is half over already. Have you thought about Section 179 yet? Because you really should. Here’s why:

The fact that Section 179 hasn’t been increased yet is telling. It says that the limits we see right now could very well be the limits we are stuck with. So if you were thinking of adding more than $25,000 worth of equipment over the next year or two, 2012 is the year you should do it. At the minimum, plan your 2012 purchases so you can take full advantage of the six figure deduction we have right now – if it increases next year, you can always take advantage of that then. But at the least, you’re getting your full deduction for 2012. Just remember, the equipment has to be purchased and put into use by midnight 12/31/2012. I know that seems far away, but we all know it’s not (after all, wasn’t last New Year’s Eve seemingly just yesterday?)

Enjoy the nice weather folks. It’ll be winter before you know it.