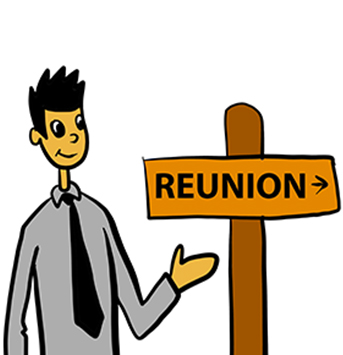 Family reunions are interesting. Especially with my family.

One of the fun things about any family reunion are those fringe relatives that you really don’t know, but have a vague idea about them and what they do. And vice-versa, of course.

To give an example of what I mean, I have 2 cousins who never really see each other except for the reunion (lets call them Cousin A and Cousin B). Cousin A has a (very) low level job with a professional baseball team. Cousin B has a kid who’s really good at baseball (he isn’t, but we humor cousin B.)

In reality, Cousin B really doesn’t know much about Cousin A except that he works for the Yankees (actual team name changed). So last year, he had this grand idea that Cousin A can get his son a tryout. Now, keep in mind, Cousin A essentially answers mail and has zero pull when it comes to the team or the talent. In fact, he’s never even met the manager, etc. It caused a bit of a scene, because Cousin B really had his hopes up for an immediate tryout and multi-million dollar contract for his kid.

Anyway, that’s reunions. And similar happened to me this year. I was cornered and asked to finance equipment for an Aunt’s startup business. Specifically, a computer and an office chair.

Now, it’s true I work in equipment finance, but there are two things working against her here (well, three if you count the lipstick four, and if you count my uncle…. but I’m getting off message.)

1) While we do finance office furniture and computers, we do such on a larger scale than one piece for one office. In other words, we’re not a replacement for a credit card.

2) The most important one, we almost never (and I mean never) finance equipment for startups. Let me tell you why:

The big reason we don’t provide equipment financing for startups is because 80% of startups fail. There’s no nice way around that number. I know the SBA has rosier numbers, but that’s because they are selective as to the numbers they use. My company has records going back almost 30 years, and the 80% number holds true. So financing equipment for startups is risky, very risky. And while equipment finance companies are known for somewhat liberal approval policies, startups are typically not in the mix.

Anyway, I politely explained this to her, and the party commenced with a minimum of fuss. I also suggested that if she needs equipment financing and a credit card or the like isn’t an option,  check out the SBA.

I also wanted to put this post up for any other distant relatives who read my blog and are thinking of attending next years reunion. To those people, let me say that I’m really looking forward to seeing you (sort of), but, like with Aunt Edna, I probably can’t help you with equipment financing. However, I’ll be happy to man the grill!