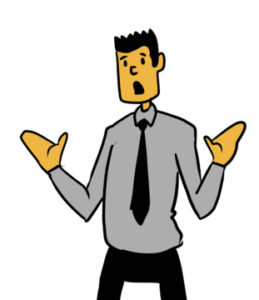 However, as much as we like financing software, there is a place where these two topics do overlap. And it’s at the intersection of Sa and aS  – or the more familiar SaaS (Software as a Service).  This is an industry many equipment financers won’t touch, and with good reason.

See, unlike most software, SaaS is not bought / licensed / installed like normal software. It relies on the cloud (essentially, the servers of the SaaS provider.)  This can be an excellent business model, of course – using SaaS gets a company off the upgrade and obsolescence treadmill, it’s secure, it doesn’t require a company to have its own powerful servers, and a host of other features.

But there’s one aspect that makes it unattractive to a lender. And that’s the fact that if a provider goes out of business, poof, the service ends, and the buyer is left with nothing.

Now, assuming the software user paid month to month, that’s all fine. But if they financed the SaaS (say a multi-year contract), then they are left with a finance payment, which they now get nothing for. Making them very unmotivated to keep paying.

This is further compounded by a court ruling that came down the past decade. Company A contracted SaaS from Company B, and used Lending Institution C to pay for it via a lease. Company B went under, leaving Company A with nothing but a lease payment. Company A, with nothing to lose, sued the lender, likely hoping to get out from under the lease payment. They got more than that – a judge awarded them a huge damages settlement worth tens of millions. I won’t name any names, but if you are really interested, the case isn’t hard to find.

I’ll leave it to legal scholars to dissect the legalities and why the lender was seen as being in the wrong, but from the equipment financing point of view, it has but one conclusion – no more SaaS. It’s really as simple as that.

So yes, software financing is great. But SaaS is where we will draw the line, and with very good reason.