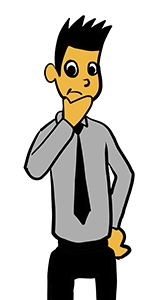 Let’s continue the lease discussion I’ve been doing the past few posts by discussing “what is a $1 buyout lease?”

To recap, we talked about leasing in an overall sense, talked about capital leases vs. operating leases, and even discussed leasing vs. financing. Now we’re into the individual leases, and like stated above, we’ll do the most popular lease first – the $1 buyout lease.

In plain terms, the $1 buyout lease is a lease where the company (the borrower) makes payments on a piece of equipment, and at the end of the lease term, “buys” the equipment for $1. Obviously, for a $1 buyout, the payments and term reflect – almost dollar for dollar – a finance loan of similar length (otherwise, buying it out for a single dollar wouldn’t make sense.)

In essence, a $1 buyout lease IS just like a loan, save for the technical classification of ownership (I discussed this with the “leasing vs. financing” post linked above.) While lease payments are being made, the lessee (the borrower) doesn’t technically own the equipment – but if treated as a bargain purchase option lease – it does show up as an asset on the balance sheet. If this doesn’t make your accountant happy, go with a lease that doesn’t have a bargain purchase option (i.e. FMV) as each lease payment can be expensed 100% (as opposed to slow ownership depreciation), and the equipment won’t throw the balance sheet out of whack either (which is a boon to executives whose year-end bonuses are tied to a Return-on-Asset ratio).

But leaving “accounting details while payments are being made” aside, the company still definitely wants the equipment (and wants to eventually own it.) Thus, the $1 buyout lease is structured so the bulk of the equipment’s cost is paid during the lease term, with that final $1 getting it over the hump to actual ownership.

Simple, right? And here you thought a company was getting a sweet deal by buying something expensive for only $1.