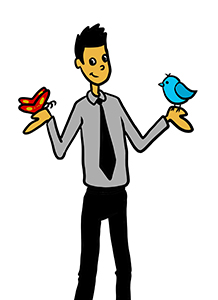 Let’s talk about the economy for a minute. It’s been more than a year of doom and gloom, and although I’ve remained somewhat upbeat and optimistic, I’d also be remiss if I didn’t acknowledge that yea, times have been tough.

I know I’m an equipment financing geek, and to many, that must mean I like numbers and economic indicators and GDP and the like… in reality, I don’t. While I like numbers in an equipment financing and taxes sense, I don’t pay attention to “big” economic talk, and things like “we arrived at this number by taking the consumer price index and subtracting the unemployment rate and multiplying it by the gross (not net) GDP” just put me to sleep.

No, I can tell things are thawing by my phone. And my e-mail inbox. Because both are starting to heat up in terms of people (and companies) looking to finance equipment. I know it’s unscientific, but it’s also – to me – a more reliable indicator than the “bigger” numbers.

Truth be told, business has been slowly climbing since January, really (when I last posted about this.) Which is usually odd – winter is usually dreadfully slow for everyone except snowplow drivers. But I guess we had nowhere to go but up, and January / February were better than expected. And it’s not just your friendly equipment financing dweeb – it’s pretty much widespread. It’s like that January post where I said people would likely start to think “ok, I survived the storm –what now?” And the “what now?” turned into “business must move forward”. And despite Puxatawney Phil seeing his shadow (again), things are decidedly bright.

There’s no real point to this post except to get a piece of “non-doom-and-gloom” news out there. Because for a year, we were bombarded with bad news. It’s time for some spring freshness (now I sound like Mrs. Fletch on her annual “this place needs some work” rampage.)