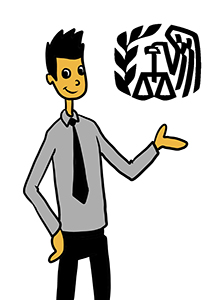 It’s the opinion of many that, after a few years with higher limits, Section 179 is ready to go back to its old, lower limits. There’s nothing concrete yet, but that’s the buzz I hear.

But if you want some kind of tangible sign, well, the first shot has already been fired. The “50% bonus depreciation” that has been around for the past two years did not make it into the “Hiring Incentives to Restore Employment” (HIRE) Act of 2010 (this was the act that renewed Section 179 for 2010.) That should tell you something (it certainly speaks volumes to me.)

Now I know that I’ve said here in the past that Section 179 should be taken advantage of this year (preferably by financing equipment) because you never know what’s going to happen in the future, etc etc. And I always meant that – Section 179 is a year to year thing, and while very popular with businesses, it’s not all that popular with the public (who can be easily swayed to see any “business” tax cut as a bad thing.) Section 179 has been called “The Hummer Tax Loophole” or similar, which really isn’t flattering (and it’s largely inaccurate – I see hundreds of equipment leases a year meant to take advantage of Section 179… know how many I’ve seen for Hummers? I can count on one hand and still have fingers left over.)

The point I am trying to make is this: the bonus 50% depreciation didn’t make it back this year. That means Section 179 is coming under harsher scrutiny. While outright elimination is not likely (but again, you never do really know), reverting back to previous levels is probably being talked about right now. This means the deduction could fall all the way back to $125,000 – that’s half of what it is now. Again, there’s a good chance this happens.

I don’t know about you, but $125,000 is a nice bit of coin. That’s why you should take advantage of it now. But would you like one more reason? Fine, here it is: there isn’t likely to be any more government help for small and medium sized businesses in 2010. No bailouts, no tax breaks, no nothing… we got our somewhat smaller Section 179 back, and that’s it.