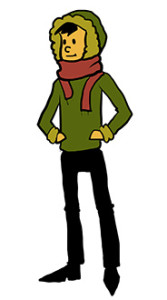 I haven’t talked about Section 179 in a few months, so it’s time to mention it again now that we’re well into the second quarter.

The only real restriction is you must buy and put the equipment into service by midnight, December 31, 2016. In other words, once we say “Happy New Year”, that’s it – no more Section 179 for 2016. So if you want the write off for this year, you have to act soon.

I know what you are thinking: “Fletch – it’s still springtime. The birds just started to chirp and the flowers just started to bloom”. I realize that, but think about how the weeks and months seem to go by. It was January just yesterday, wasn’t it? And it’s going to be October tomorrow. That’s how fast things seem to move sometimes. And of course, the company that makes the equipment you want is backlogged, and can’t get you the order for a few weeks at best. This won’t be a problem now, but it could be a big one if you wait until October (tomorrow, remember?)

This is especially important, because Section 179 clearly states “put into service”. So even if you pay for the equipment in 2016, you can’t take the deduction unless you also put that same equipment into service in 2016. So when your vendor says “8 weeks for delivery and installation”, you may be sweating if that conversation happens in October. Nobody wants to rush anything then, especially with holidays coming up (yes, I am talking about the Holiday Season here in spring… Mrs. Fletch already started her shopping.)

Happy spring – now get your winter coat out!