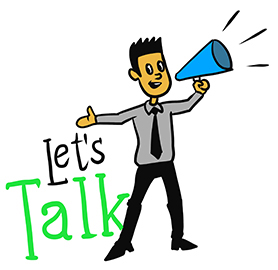 It’s a feeling of relief, confidence, and maybe even a little less urgency than previous years. This is because of the big news that came down a little over a month ago. As I’m sure you heard, Section 179 was raised essentially retroactively for 2015 to $500,000 in late-December.

But not only was it raised, it was made permanent.

This is a huge change from recent years, where it got raised in December at the 11th hour, only to fall at the beginning of the following year. With Section 179 being made permanent (and even scheduled for nominal inflation fighting increases), it means that businesses don’t have to worry anymore – the tax deduction will be there for them in 2016 and beyond.

To be clear, I think overall this is a good thing. I’ve long been an advocate of all things Section 179, and often talk about combining it with equipment financing (truthfully, there is no more powerful profit-making combo than a solid equipment lease and section 179). But part of me is a little disappointed that it’s “permanent”. Here’s why:

For truly selfish reasons, I always liked writing about it, but now that it’s permanent, it has a lot less “sizzle”. Part of me liked the “what is it going to be next year?” question. The other thing is, now that it’s permanent, will that make businesses less likely to buy something this year? They can easily put off a large purchase for a year or two now. That is in direct conflict of what Section 179 is supposed to do – spur spending.

It’s sort of like a store always having a sale. At some point, it loses its urgency. So what if you missed the sale this week? It’ll be there next week.

I would have rather seen congress raise it for 2015/2016, and then make a law that it had to be addressed every January thereafter.  Then businesses would still “know” early in the year, but it would also keep that special sense of urgency that spurred buying.

I’ll still periodically remind people that to get the deduction this year, you have to buy this year, of course. And tell them how combining it with equipment financing is almost always profitable. And explain how the bonus depreciation works. And talk about those nominal increases I mentioned…

You know what? Maybe I still do have a lot of Section 179 stuff to write about, huh?